A local band were doing a worthy rendition of Pink Floyd's “Comfortably Numb”. The drummer sat at a borrowed 4-piece, 3-cymbal set. As the tune progressed, it was obvious that fills, comping and interpretation lacked the colour and interest of the originals ... no melodic transitions on the toms, no deep rumble from massive floor toms, the same crash tone on every accent. The drummer did a great job of accommodating, but even one or two more sounds would have helped tremendously. 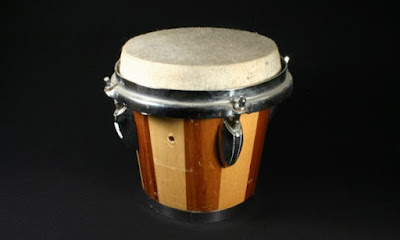 Look at any prog-rock group on stage and you'll see a major real estate development toward the rear. That’s where the drummer/percussionist sets up. Starting with perhaps two bass drums (though not required), the setup includes lots of rack toms, 2-3 minimum and as many as 5 or more. Floor toms may flank the set, 1 or 2 on each side, and perhaps a secondary snare. And flying overhead, a raft of cymbals. And maybe tymps, bells and gongs behind it all.

I've tried it both ways ... and found out that I don't have the discipline for an 8-piece set. But I also don't feel ‘fulfilled’ on a minimalist set. I prefer a fusion set: two mounted toms and one floor tom. The addition of that single tom adds at least a half-dozen tonal combinations that weren't available before.

Cymbals are another area where more can be better. Some of the old jazzers made do with 2 cymbals. But they always chose cymbals that had flexibility. It was common to say every cymbal was a ride cymbal and every cymbal was a crash cymbal. This to me is a musical choice par excellence. I've heard too many extended sets with a plethora of crash cymbals that sound virtually the same.

I guess what I'm leading up to is that your drum set must match your music and your playing style as well as what it is you're trying to accomplish with your playing. If your music calls for melodic toms, then maybe a fusion kit won't provide enough tonal variety. And if you're in a cover band that does top 40 from the ‘50s & ‘60s, then a 12-piece set is not just overkill, it’s just plain wrong.

Posted by Richard Best at 09:38 No comments:

"You Can Observe a Lot Just by Watching"

Indeed, as Yogi Berra so wisely pointed out, all it takes to 'observe' is to watch, or in our case, listen and watch. If you're serious about your craft, you probably listen to music all the time. And you listen carefully to how your favourite drummers do their thing. You want to know how they get things done, how they create those sounds. Actually seeing how it's done it can help a lot, and the best way to do this is from a seat near the band stand. 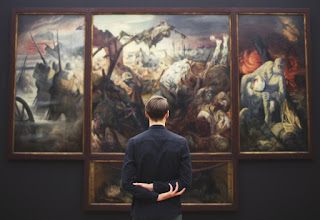 I'd not spent time working on my hands with a coach, so I started working out with a local pipe & drum band. I'd always admired pipe drumming, so I eagerly attended the weekly sessions. This group brought in a world-class pipe drummer, Doug Stronach, for a lesson every other week. As well as following along with the exercises, I watched Doug's hands carefully. You see, this guy was a world champion player, and had studied and worked with champion players for decades, and his hands were about as good as they get. So I concentrated on his hands and tried to make my motions and positioning match him completely. Time well spent!

One thing Buddy Rich could count on was drummers watching him like a hawk. And not just drum students. Even the greats would watch Buddy to find out how he did things. Mel Tormé had this story to share:

"Johnny [Carson] related how, when Buddy was appearing in the south of France, Carson saw drummers Shelley Manne and Bobby Rosengarden standing way off to the side of the stage. "What’re you guys doing, standing over here?” he wanted to know. Shelly looked at him and said, quite seriously, 'We’re watching Buddy’s foot'." (as quoted in Mel Tormé’s Traps The Drum Wonder)

And if observing is good enough for Shelly Manne ...

Posted by Richard Best at 09:41 No comments:

Drum Yoda: Teaching a Musical Approach to the Drum Set

Get new blog posts delivered to your inbox